Matt & Mollie got engaged on a beautiful day a few weeks ago in Buffalo, MN and I was lucky enough to be able to capture it! Matt and I have known each other for quite awhile, so I was excited when he contacted me and told me he’d like me to photograph a surprise proposal to his girlfriend, Mollie. After texting back and forth and comparing schedules for a few weeks, we finally nailed down a date.

The morning of the proposal, I went out to the ranch and Matt and I sped around his family’s land looking for the perfect location. Matt knew he wanted to take the horses out for a ride with Mollie, so with that in mind we found a nice, shady spot near a creek with ample hiding space for me. After heading back to the house and hanging out for a while, Matt got a text that Mollie was on her way home from work. I hopped in my car and parked in a sneaky spot along a dirt road, grabbed my gear, and made the trek down into the wooded area that we’d planned.

I ended up being in hiding for about an hour longer than planned, as Mollie had to make an unanticipated work phone call, but it was okay! I enjoyed the beautiful day and marveled at the fact that the mosquitoes swarming around somehow weren’t interested in me. Finally, I heard laughing and talking and perked up, ready to photograph Matt’s proposal!

Matt wrote Mollie a note to read, and then popped the question! I’ll let the rest of the images tell the story… 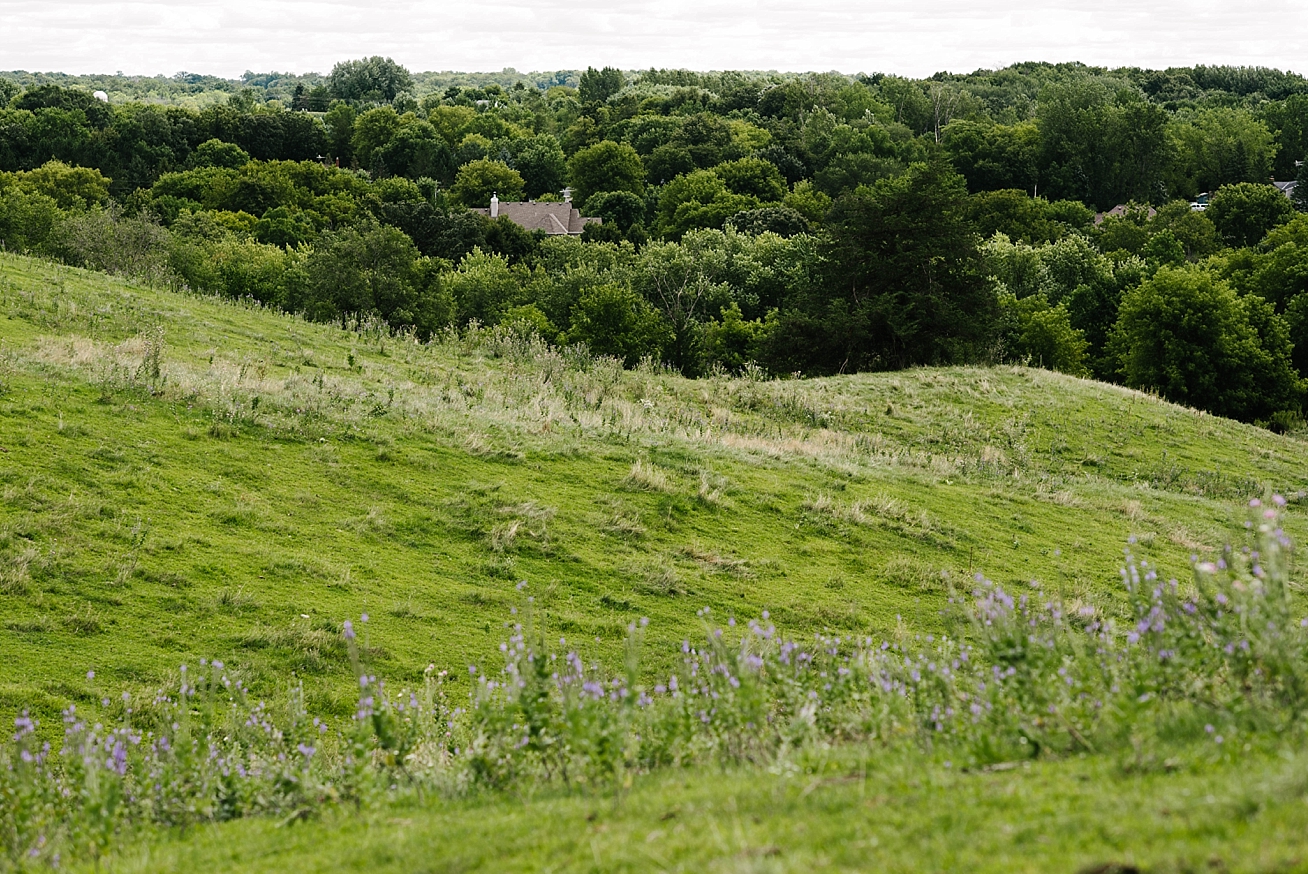 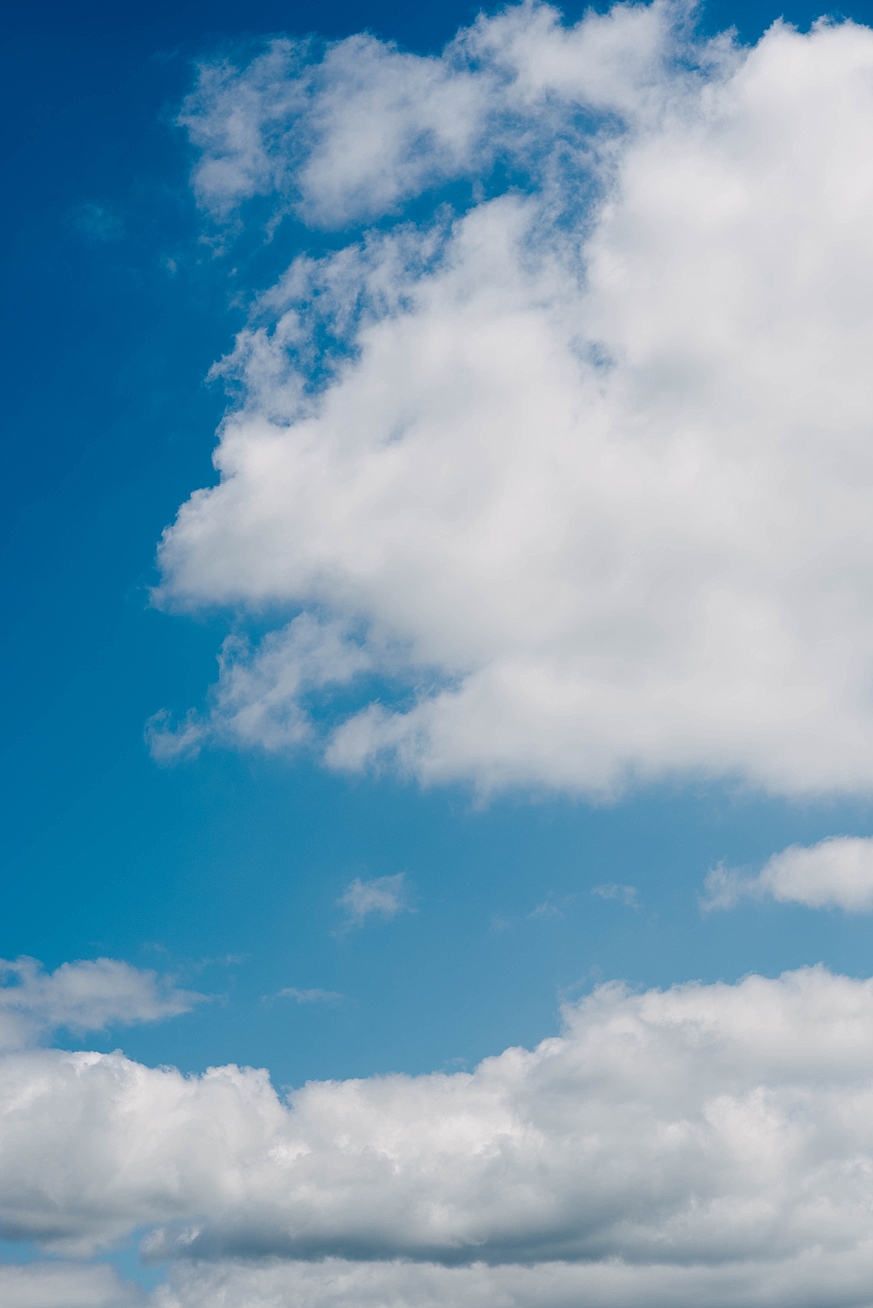 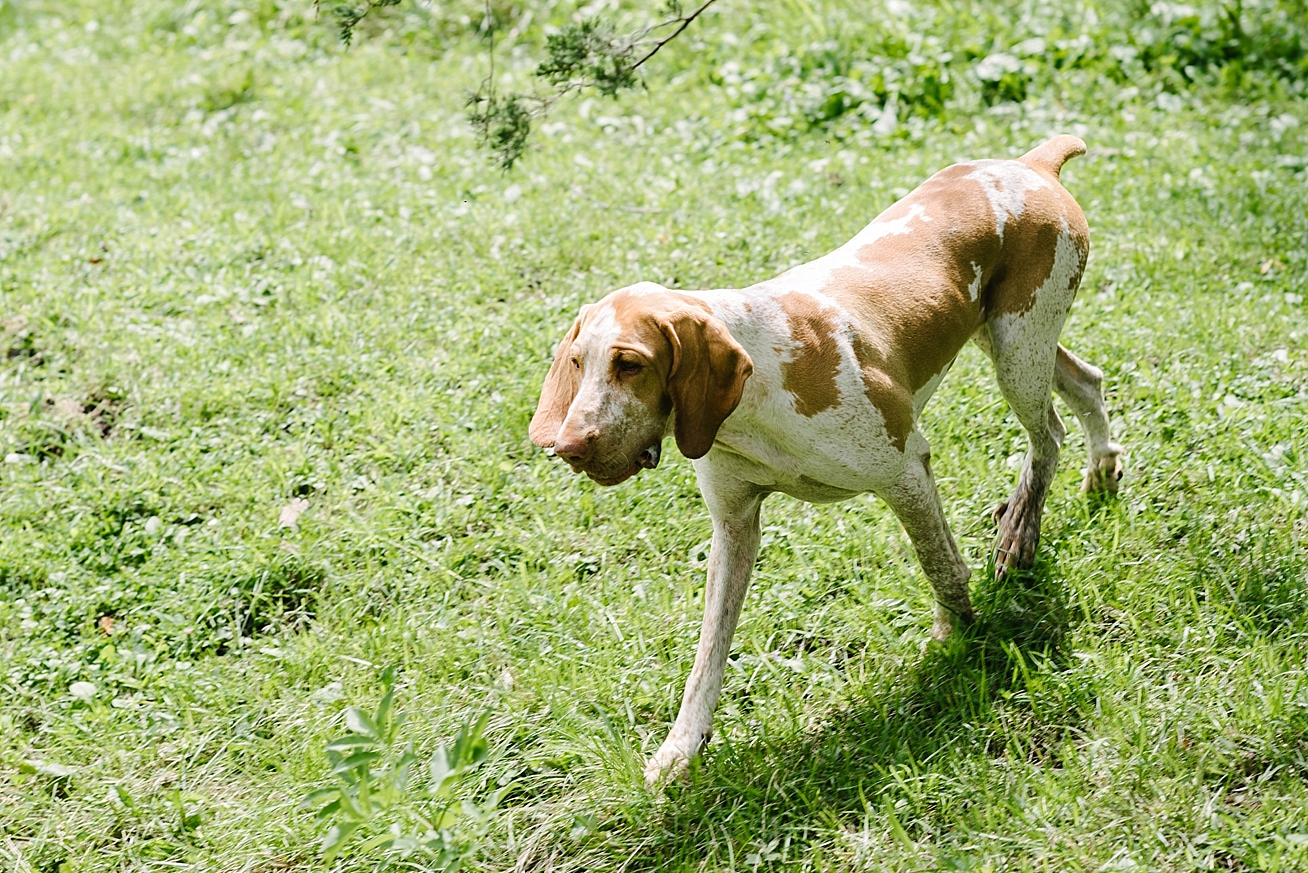 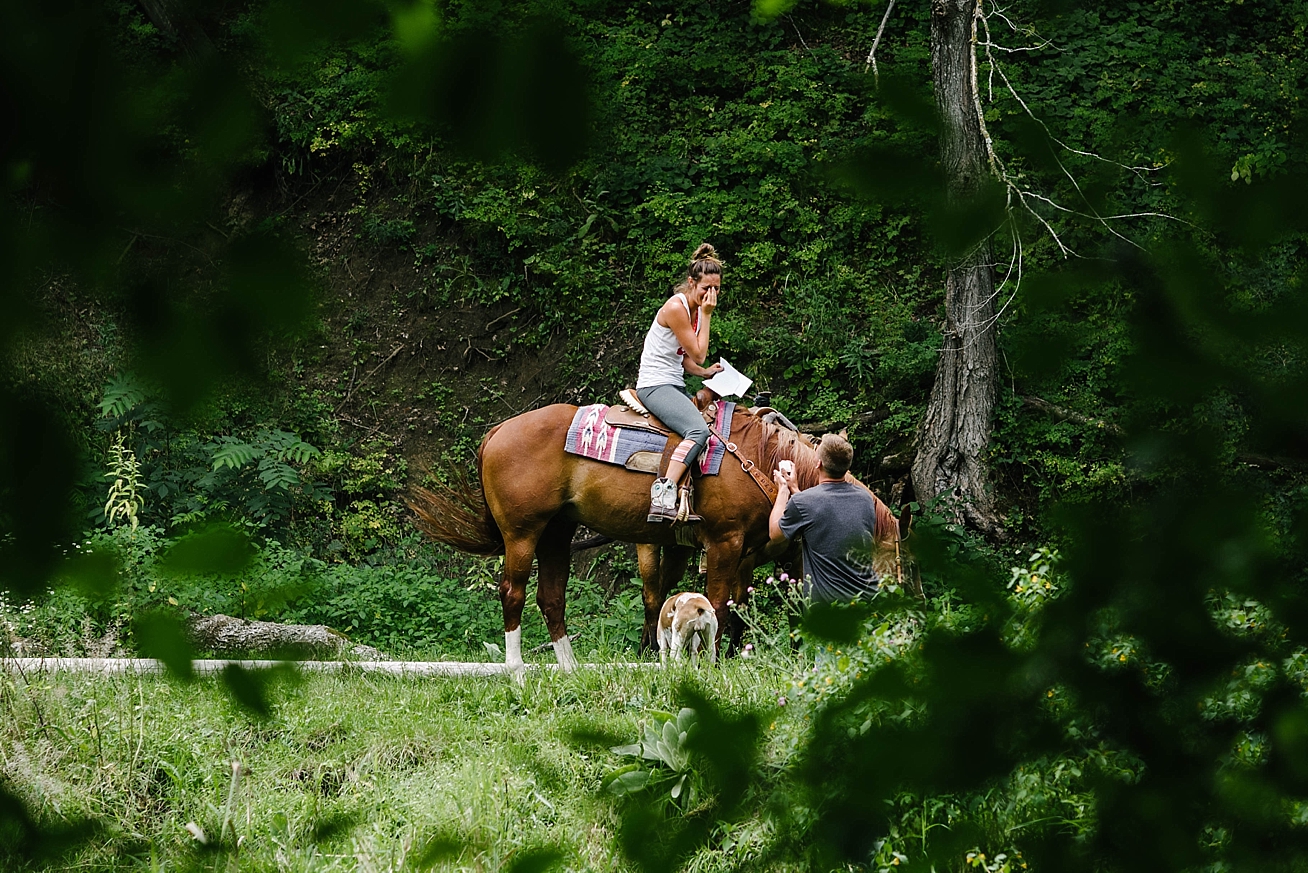 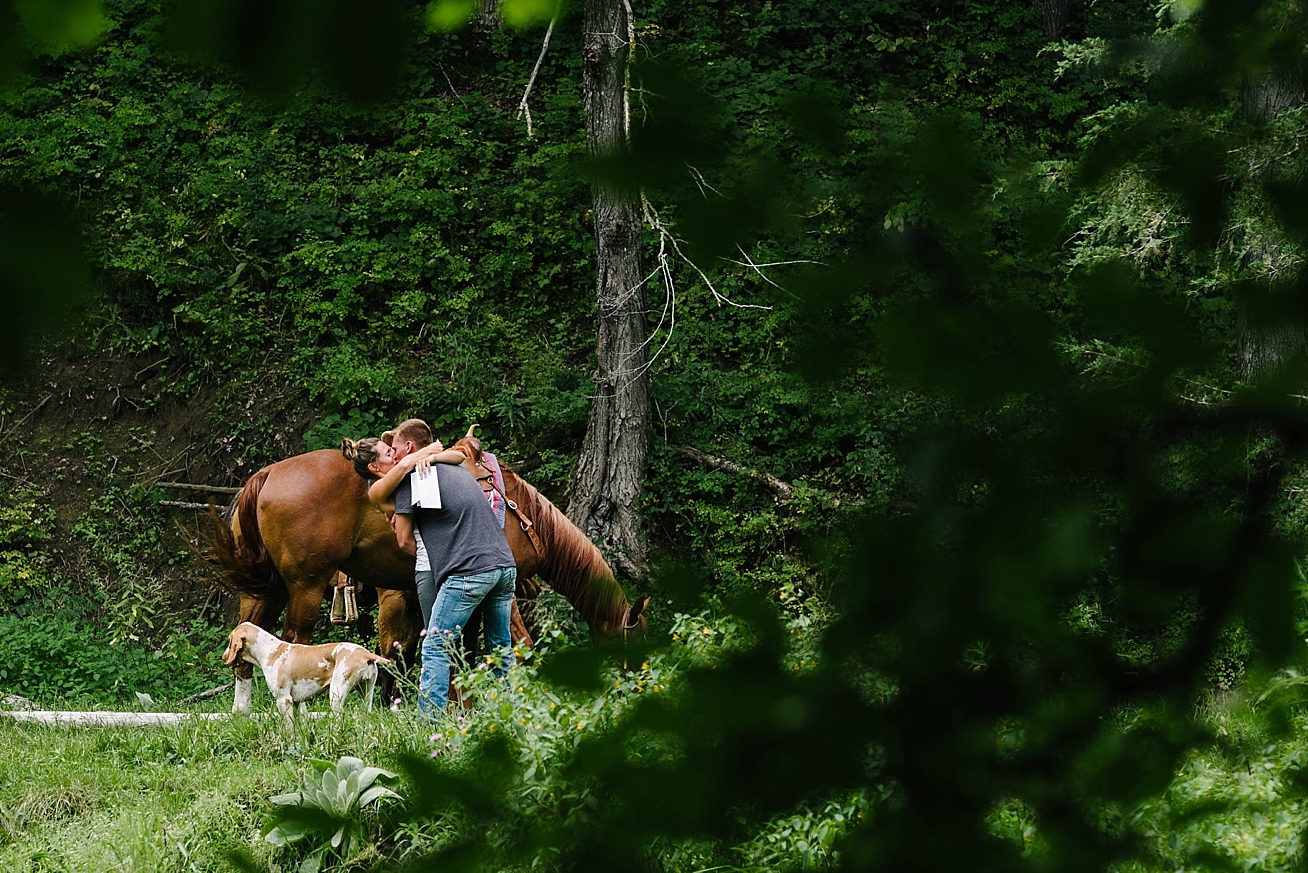 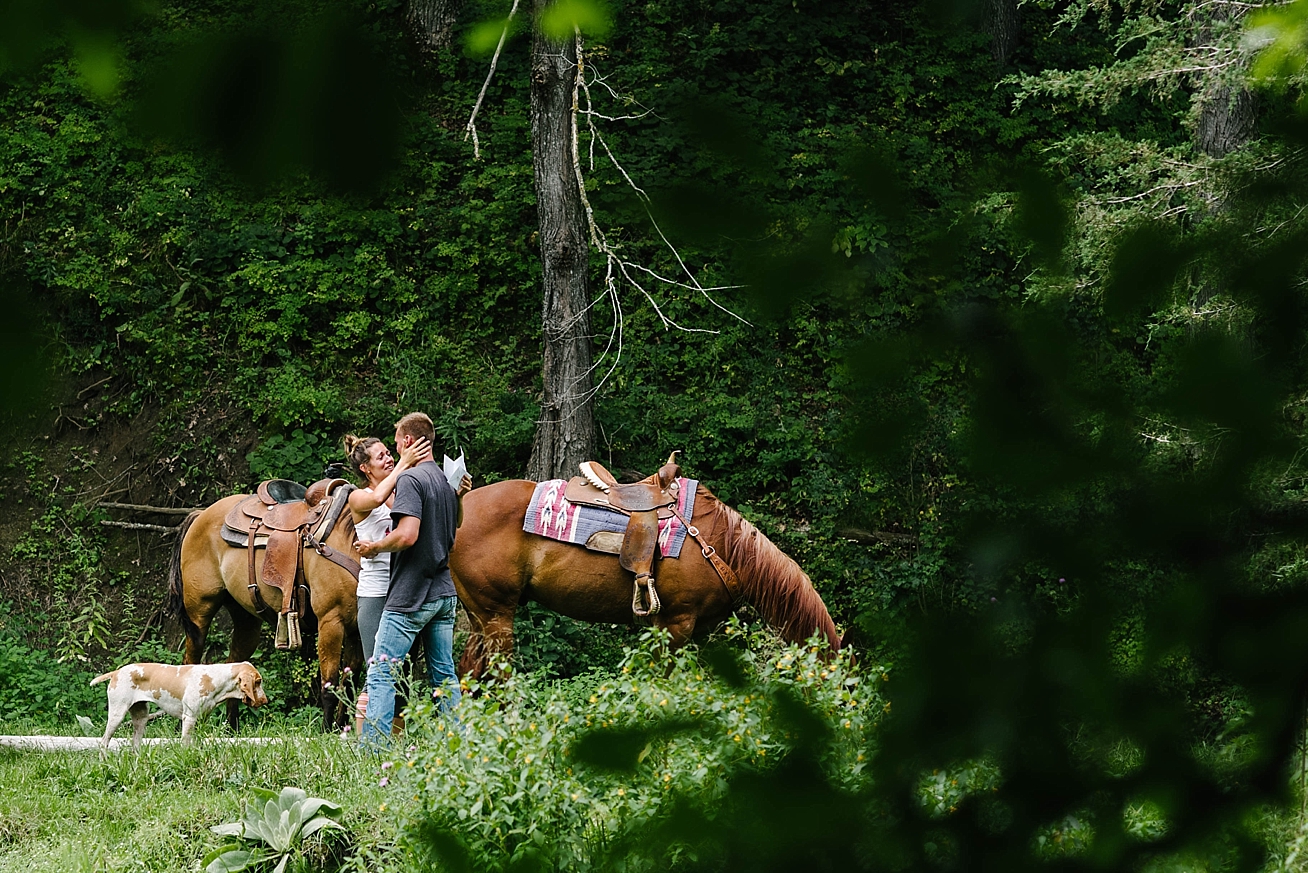 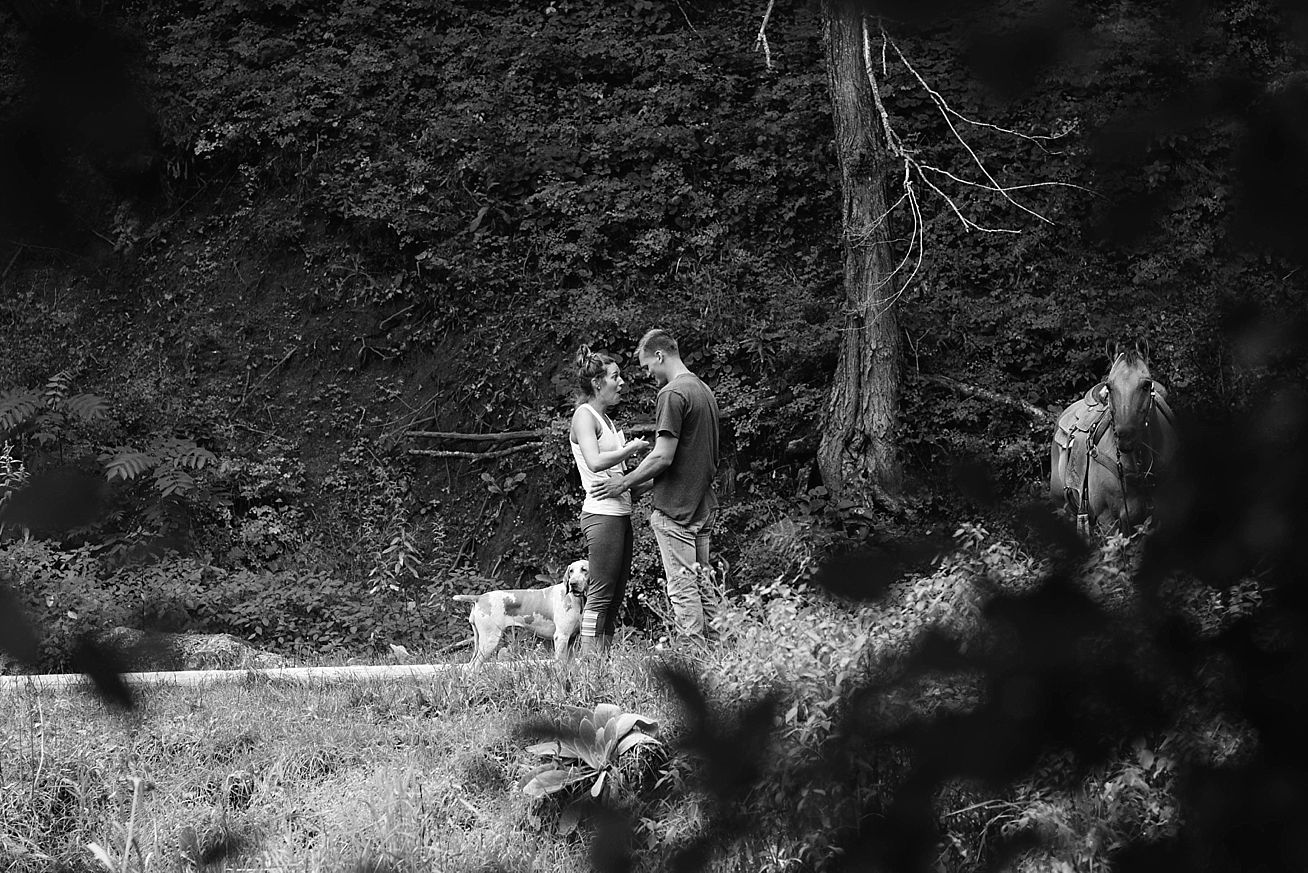 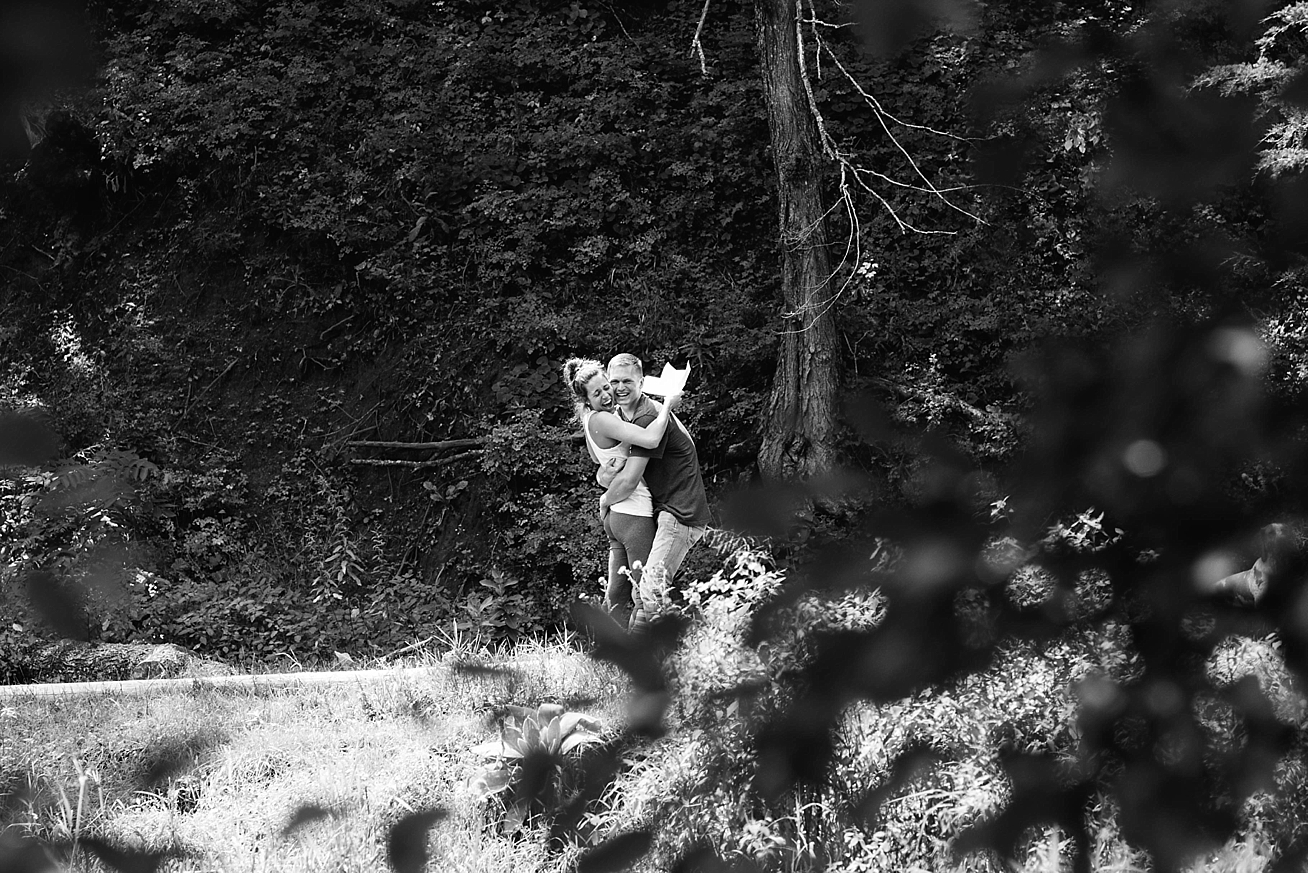 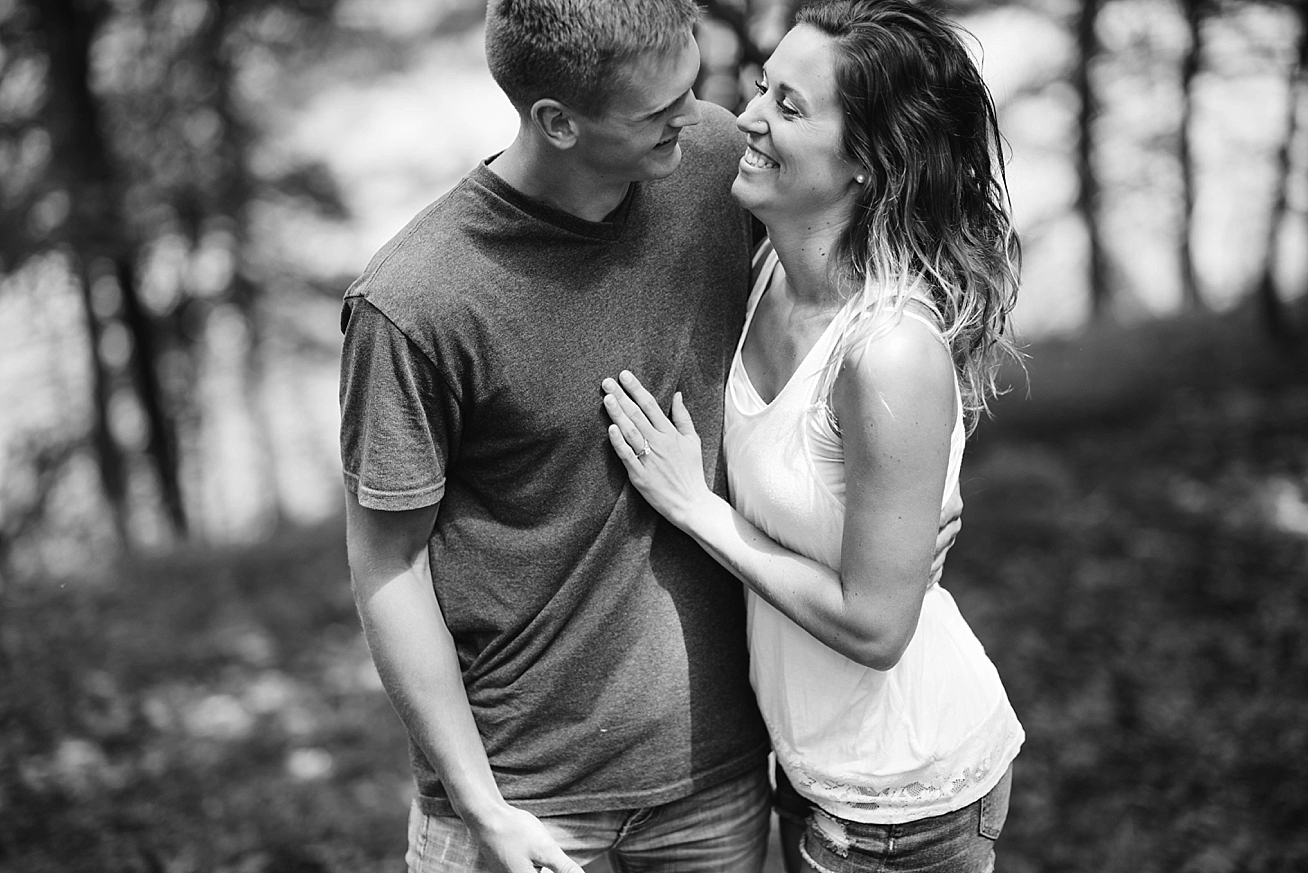 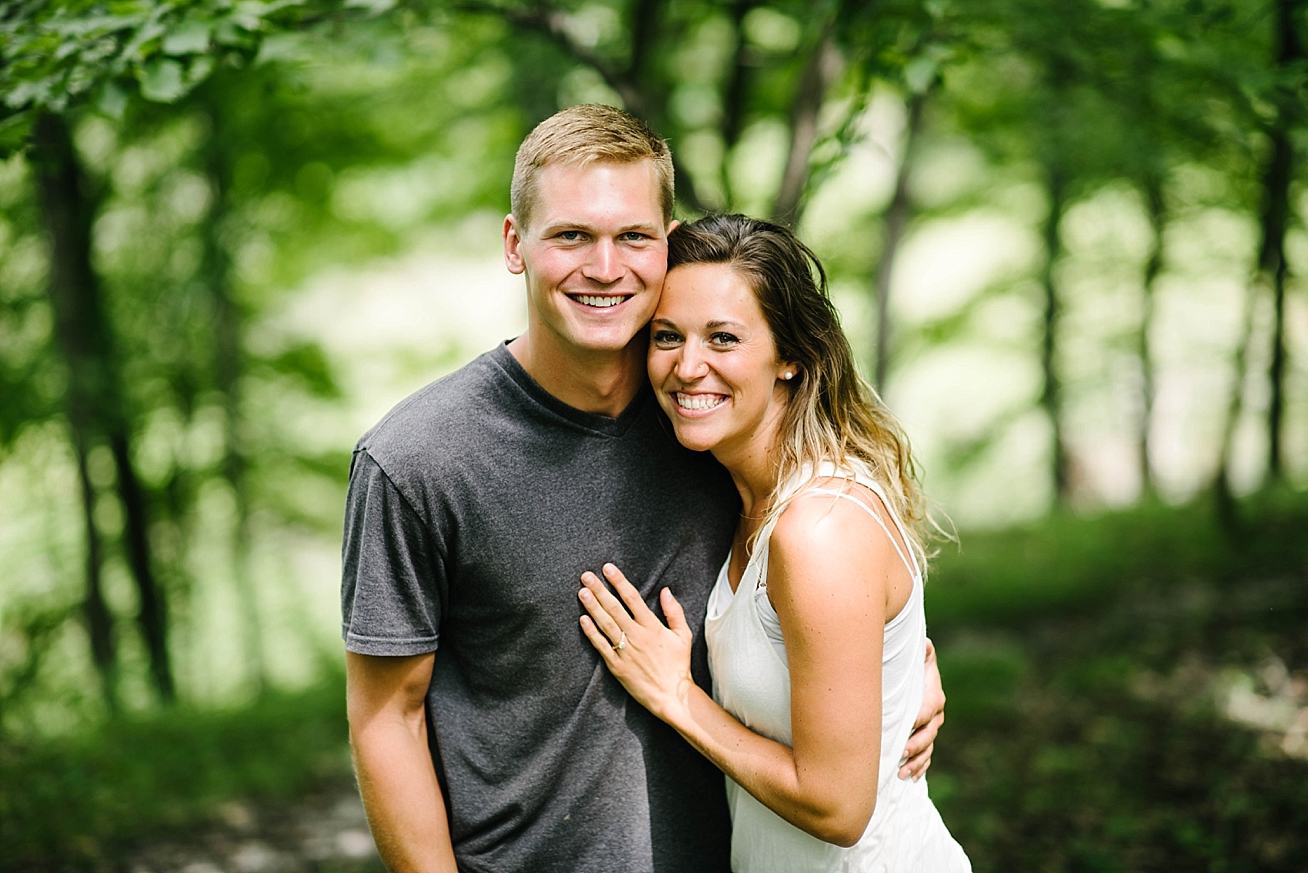 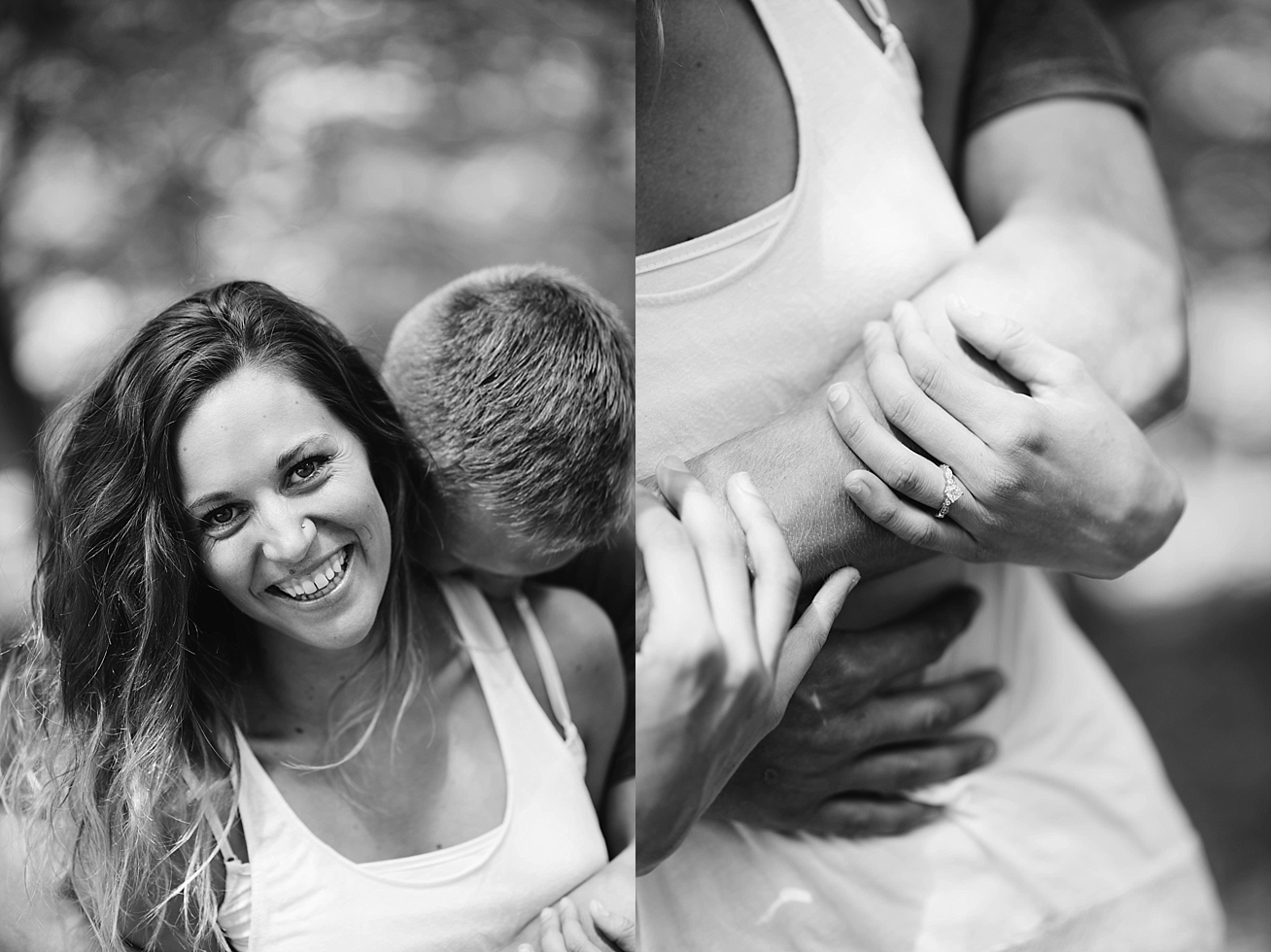 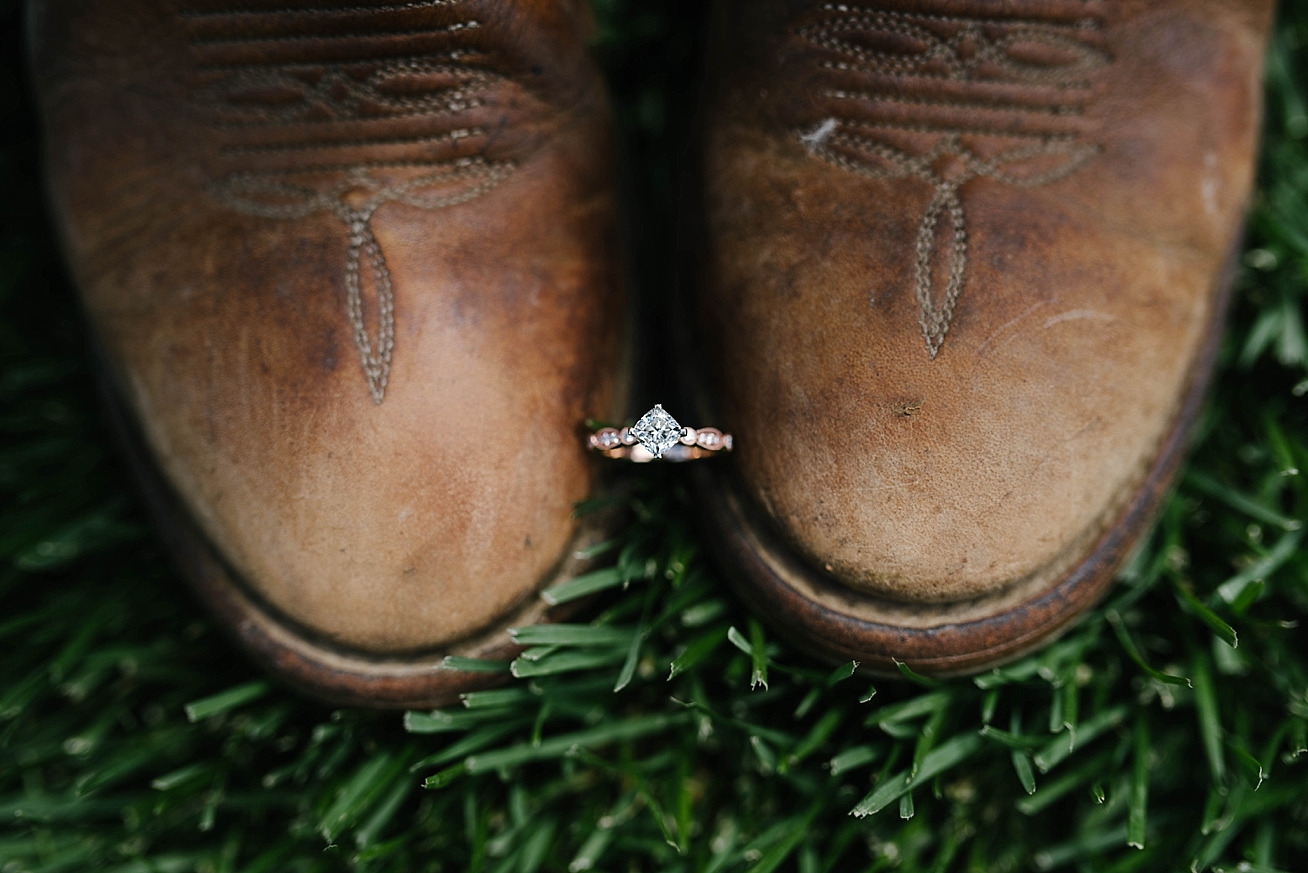 […] of Matt & Mollie’s love story photos are here! I’ve already blogged their surprise proposal and their October wedding, so it’s time to share their mini-engagement session! The three of […]

[…] than usual – Matt and I worked together to coordinate his proposal to Mollie (I hid and photographed it!) We did their engagement session soon after, and they tied the knot around a month or two later! I […]