Today I thought I’d share a little bit about my process of location-scouting. I’ve had a few people ask me for recommendations on where to shoot – so instead of just giving solutions, I’m going to try to help those seeking this information find their own successful locations.I think “good” locations aren’t a hard and fast thing. Photographers look for a lot of different things when scouting, depending on many factors.

For the sake of this post, I am referring to photo sessions of people for the purpose of capturing who they are (not a styled shoot of a model who is trying to play a character that they are not.)

Without further ado…Here’s a list of things I look for in locations for portrait sessions.

1. Interesting natural color: I use an extremely shallow depth of field while shooting, which means that most often my locations are blurred out (which makes the focal point stand out even more.) In this shot of Cameron & Mary Lou, I didn’t want the photo to be about anything but them. I saw a line of green and deep red bushes that would (as a result of my blended background style) become a lush backdrop for these two cuties to stand out from.

**Want to know more about my shallow depth of field shooting style? Let me know, and maybe I’ll blog about it. 🙂

***Pro tip: Place your subjects 2 or 3 feet from your desired background in order to make them stand out more. Had Mary Lou & Cameron been right next to the bushes, this shot would be kind of awkward (what kind of lovebirds sit in front of bushes on dates?) As is, the context of this photo is completely them, not their location. 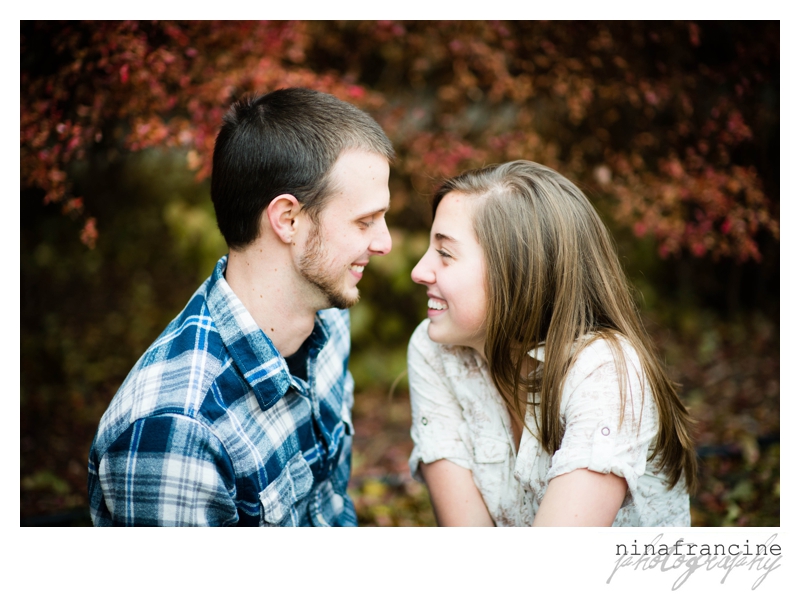 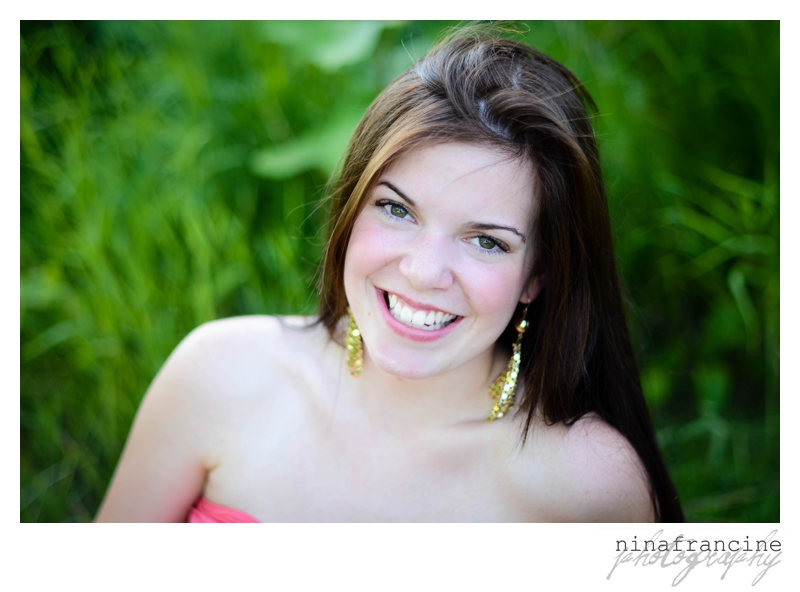 2. Story: Understand that your location can inform the viewers impression of the person in your photo. So often I see photos of seniors in locations that (probably) mean nothing to them. If you are going to put someone in a photo with an old truck, know that people will make inferences about that person based on that. In my opinion, don’t put a senior in front of/in a car unless they love cars, or racing, or SOMETHING to do with that. Let me say it in another way… When taking a portrait of my mom, placing her in her garden would make more sense than putting her in front of a wall of graffiti. Location should enhance your reading of the person, not distract from it. 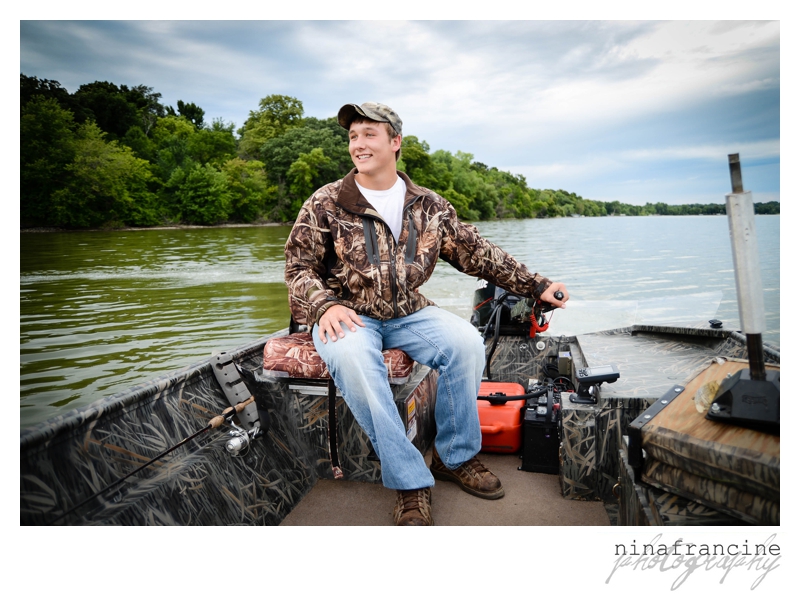 Justin suggested we go out in his fishing boat for some portraits, because he’s an avid boater & fisher. If I would have put, say, a senior girl who loved dance in this boat…it wouldn’t have made sense. 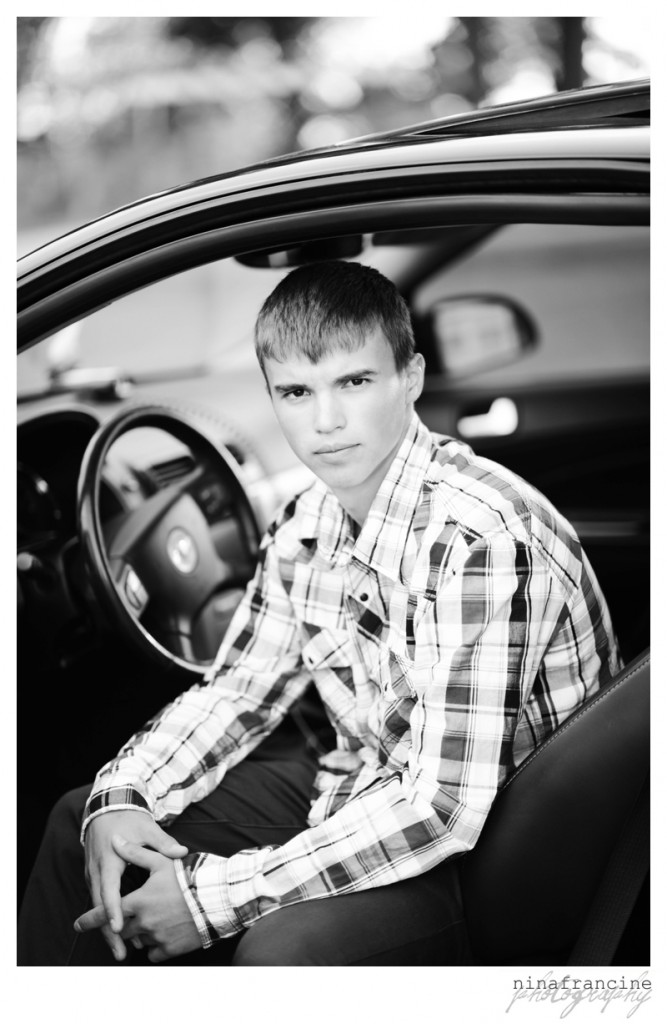 Jared had spent a lot of time and money working on his car, and he was very proud of it! Placing him in it was an obvious choice. 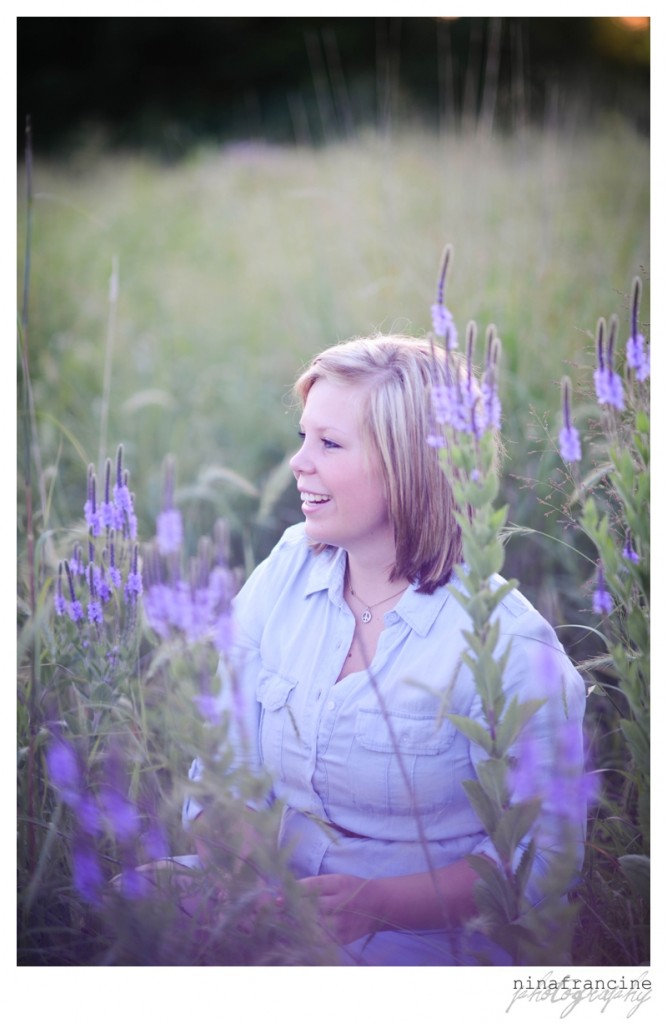 Ashley brought me to this field in particular because this is where she goes to be alone and to think. It has special significance to her, it’s not JUST a pretty place.

3. Light! This is without a doubt the most important factor in where I position people. You can bring me to the coolest location EVER, but if it poorly lit, (assuming we are going for natural lighting) then the photos will most likely be lackluster. Light completely changes everything about a photo (see my selfie tips for evidence of how much better you can look just by putting yourself in good light!) 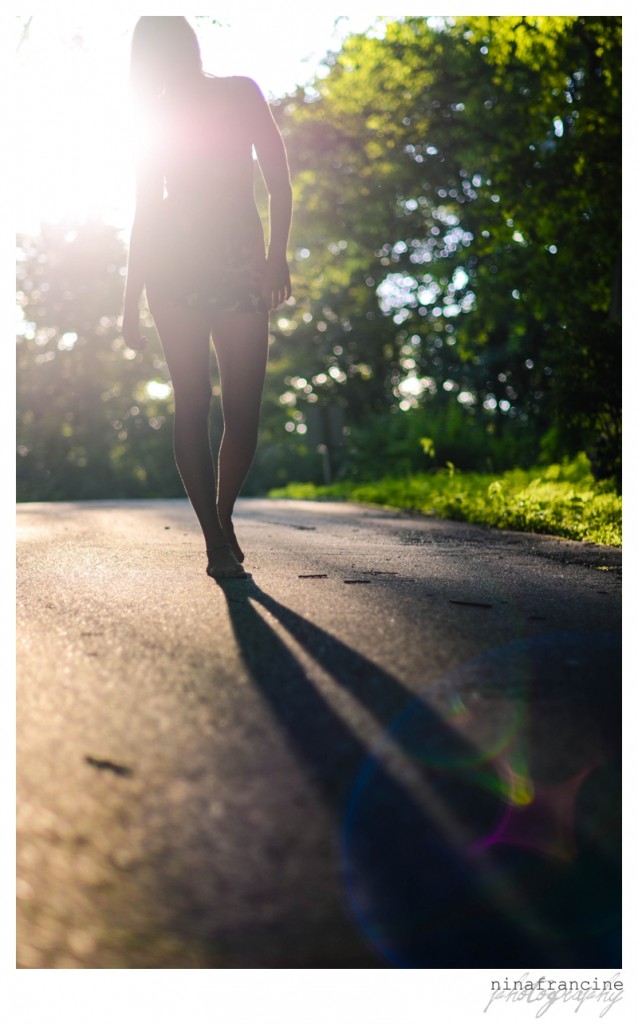 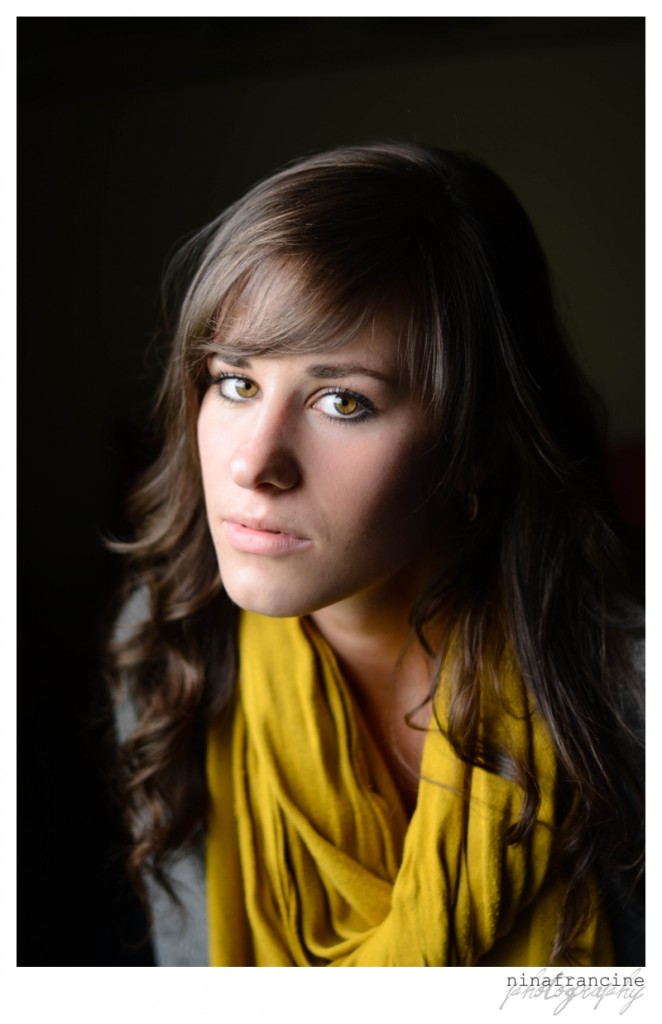 Laura is sitting next to a window (natural light) which is lighting one half of her face completely, and allow for some more dynamic shadow on the other side. 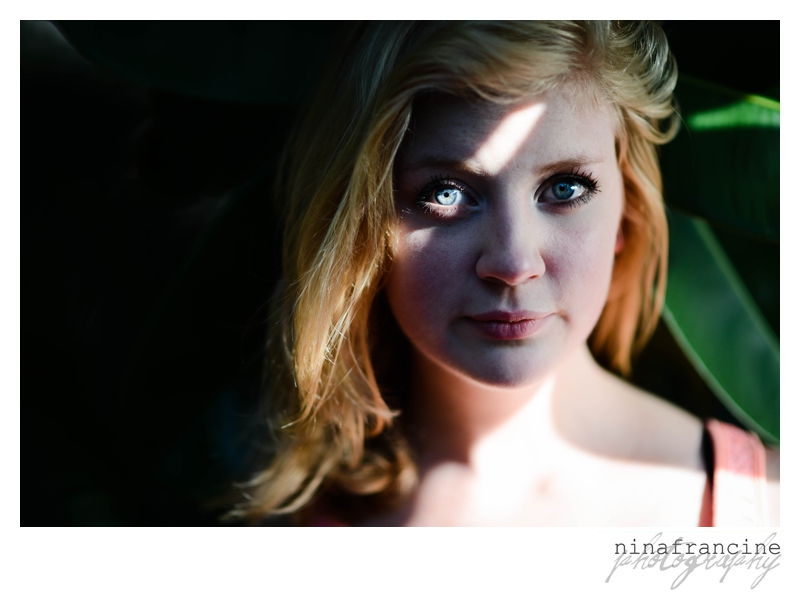 I wanted to emphasize Katie’s eye color, so placing her in this sliver of light and exposing for that bright spot was the perfect solution. 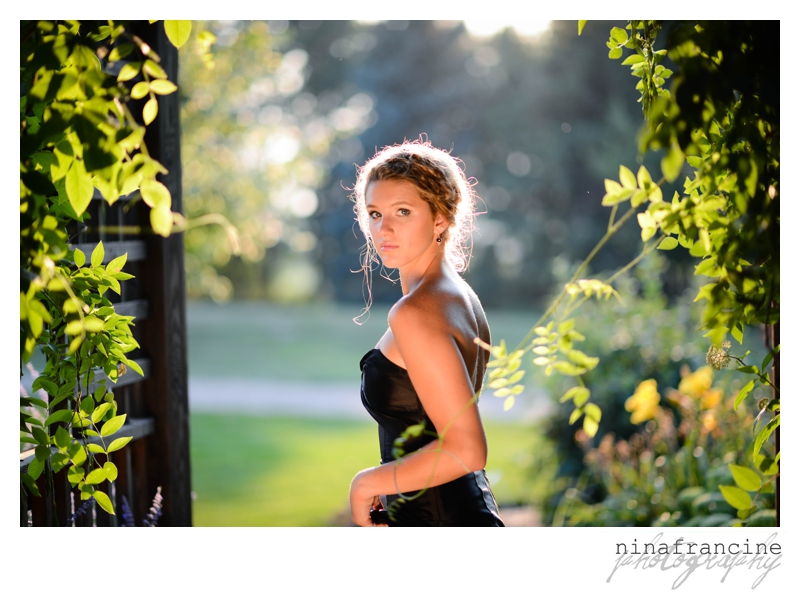 Backlighting Natalie is what gives her hair that halo-glow, which adds to the fairy-tale-esque feel of the shot. 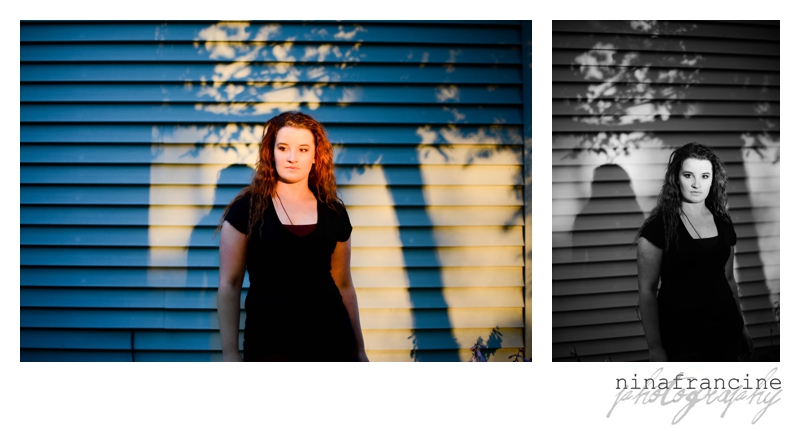 I probably wouldn’t have chosen this as a location, but I couldn’t ignore the gorgeous light and shadow cast by the low sun through a tree.

Like I said before, location is really a personal preference. I really enjoy shooting my personal work with people who are portraying a character – and in that context, a lot of the shoot does not reflect them as a person. There are a million factors that go in to every choice made during a shoot, but hopefully these three things give you a better idea of what I’m thinking when I’m choosing locations for my senior, engagement, and wedding shoots.